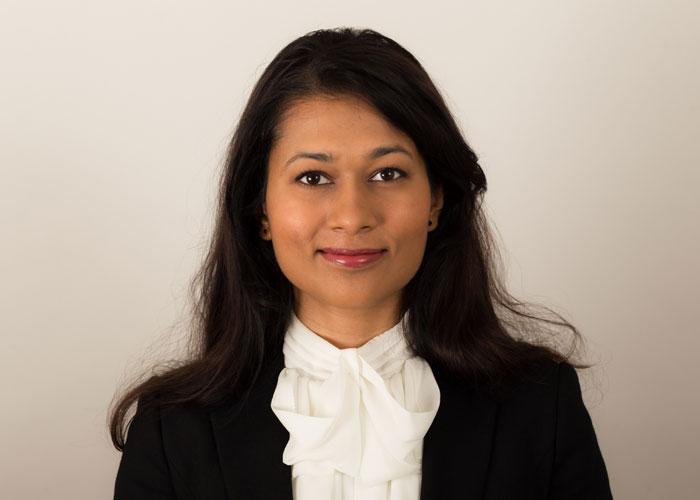 Court of Appeal rules on territoriality - the standard of review, choice of law clauses, and freedom of expression

The judgment provides guidance on the following matters:

The Claimant in Jeffery lived in Bangladesh, where he worked for the British Council. The ET had held that it had no jurisdiction to entertain his claims of unfair dismissal, whistleblower detriment and discrimination. The EAT had reversed that decision. The Council appealed.

The Claimant in Green lived in Lebanon and was employed by SIG Trading Ltd to work for it in Saudi Arabia. The ET had held that it had no jurisdiction to entertain his claims of whistleblower detriment and unfair dismissal. The EAT upheld this decision. The Claimant appealed.

Key to the judgment were principles on the territorial reach of British employment legislation.

The Employment Rights Act 1996 contains no express provision about its territorial reach, nor is there any such provision in the Equality Act 2010. In Lawson v Serco Ltd [2006] UKHL 3, the House of Lords had held that it was necessary to infer what principles Parliament must have intended to apply to cases where an employee works overseas.

Generally, Parliament can be taken to have intended that an expatriate worker (living and working overseas, even if British, for a British employer) will be subject to the employment law of that country.

However, there can be exceptional cases where there are factors connecting employment to Great Britain, and British employment law, which pull sufficiently strongly in the opposite direction such as to justify the conclusion that Parliament must have intended British employment legislation to apply. This is the “sufficient connection” question.

In each case, what is required is a comparison and evaluation of the strength of competing connections. For a worker who both lives and works abroad, as opposed to commuting, the factors connecting the employment with Great Britain and British employment law will have to be especially strong.

Key issues in the appeals

There were two issues common to both appeals. First, whether the sufficient connection question is to be characterised as a question of fact or law: the importance of the characterisation is that it determines the scope of the review permissible on appeal.

The second was whether, in answer to that question, it is relevant that the contract of employment contains a provision to the effect that it will be governed by English law.

Green also raised a question of general application about whether the rules are any different in the case of whistleblower claims.

In respect of whether the sufficient connection question is to be characterised as one of fact or law, the Underhill LJ addressed an apparent discrepancy between Lord Hoffmann’s analysis in Lawson (indicating this was a question of law), and Lord Hope’s in Ravat v Halliburton Manufacturing & Services Ltd [2012] UKSC 1 (emphasising the relevance of fact).

Underhill LJ stated that the correct approach was that in Ravat and that, in Ravat, Lord Hope had distinguished between whether section 94 (1) applied to the particular employment, that being a question of law, and whether the sufficient connection requirement was satisfied, which was a question of fact. Underhill LJ acknowledged that, in a typical case, the answer to the former will depend entirely on the answer to the latter.

In contrast, Longmore and Peter Jackson LJJ concluded that the differences in approach could be reconciled on the basis that a decision whether a case falls within the territorial scope of section 94(1) is an evaluation of facts, but that the evaluation itself should be treated as a matter of law.

Ultimately, the differences in the approach of the Lord Justices made no practical difference in these cases. In Jeffery, the EAT Judge had concluded that Mr Jeffery had “established an overwhelmingly closer connection with Great Britain and with British employment law than any other system.” This outweighed the strong territorial pull of the place of work.

The EAT’s decision had to be understood as meaning that there was only one correct answer as to jurisdiction. The EAT had held that the ET had failed to take into account three factors which the EAT decided were decisive: Mr Jeffery’s entitlement to a Civil Service pension; his tax equalisation adjustment; and the nature of the British Council as a non-departmental public body. These factors were not discussed at all in the paragraphs in which the ET gave reasons. That counsel before the ET had listed two of these factors in his skeleton argument was not found to be relevant. There was no error of law in the EAT’s comparative exercise.

On the choice of English law issue, Underhill LJ grappled with the apparent conflict between Lady Hale’s judgment in Duncombe v Secretary of State for Children, Schools and Families [2011] UKSC 36, and the wording of section 204 of the ERA 1996, entitled “Law governing employment.”

In Duncombe, Lady Hale had expressly taken into account the existence of an English choice of law cause in considering the sufficient connection issue. Counsel for SIG submitted that it was clear that the Supreme Court in Duncombe had not been referred to section 204, which stated that for the purposes of the ERA 1996, it is immaterial whether the law which (apart from that Act) governs any person’s employment is the law of the United Kingdom. Counsel submitted that this prohibited any reliance on a contractual choice of English law for the purposes of establishing territorial reach. Lady Hale’s judgment on this issue must be regarded as per incuriam.

Underhill LJ accepted that Lady Hale’s judgment had been given without a reference to section 204, but ultimately stated that the Court of Appeal was not entitled to treat that part of her reasoning as per incuriam (Broome v Cassell & Co Ltd [1972] AC 1027: the “per incuriam” label is relevant only to the right of an appellate court to decline to follow one of its own previous decisions, not its right to disregard the decision of a higher appellate court).

Following Duncombe, the Court held that the EAT in Jeffery had not been wrong to attach weight to the fact that Mr Jeffery’s contract contained an express choice of English law.

Underhill LJ expressly stated that he was bound to say he did not think the question was straightforward. He acknowledged that contractual rights and statutory rights differ, but that did not mean a choice of law governing the former may not be relevant to the question of the territorial scope of the latter.

Green raised the issue of “the posted workers exception”. This label was found to be unhelpful. The correct approach is simply to address the “sufficient connection” question. The ET’s conclusion that the Saudi Arabian business was distinct from the rest of SIG’s business was a reasoned factual finding to which the ET was entitled to come. The ET could not be impugned unless it had failed to take into account a relevant factor. That is what the EAT had found in ordering remittal. This was the subject of SIG’s cross-appeal.

Green required consideration of Article 10 of the ECHR. The Claimant submitted that the UK would be in breach of Article 10 if Mr Green were unable to bring proceedings to obtain an effective remedy for the detriments he had, as alleged, suffered for making protected disclosures.

Article 10 encompasses the rights of a worker to make responsible disclosures relating to his employment, and states must ensure that right is effectively protected by law. The Court considered first whether Mr Green was “within [the] jurisdiction” of the UK for the purposes of Article 1 of the ECHR.

Underhill LJ analogised that to accept this submission would mean that a Japanese employee, working in Japan, for a Japanese company, who received a rebuke by his manager for making a responsible disclosure while on a one-day business trip in London, would fall within the UK’s jurisdiction. The Convention cannot be interpreted as treating so adventitious a connection as bringing a worker within UK jurisdiction.

The Court also rejected the secondary submission that Article 10 would require the ET to assume jurisdiction where there was a sufficient “nexus” between the employment and Great Britain, or British employment law.

Jurisdictional rules should not differ as between causes of action that do or do not engage a Convention right. The nexus required by the Convention should correspond to the nexus required in Lawson and Ravat. There was no obvious justification for introducing a more generous test of extraterritoriality in cases involving whistleblowing.

The cross-appeal was against the EAT’s decision to allow the appeal on the ground that the ET wrongly disregarded the fact that Mr Green’s contract contained an express choice of English law, thus requiring a remittal. The appeal was allowed on the basis that the ET had included this factor on its balance sheet when undertaking the comparative exercise. The ET was unlikely to have intended to discount the weight of one of the factors to which it had expressly referred.

Bruce Carr QC acted for the Respondent in Green.

Ishaani Shrivastava has a broad practice in employment law. Most recently, she has been advising on all aspects of equal pay. She has also acted as an independent investigator, both alone and with more senior counsel, in investigations into public sector and financial services institutions. She has acted for a wide range of clients, both claimant and respondent. Through the Pro Bono community, Ishaani regularly provides training in employment litigation to junior lawyers assisting pro bono departments of law firms. In the past this has included Herbert Smith Freehills, Shearman & Sterling, and CMS.