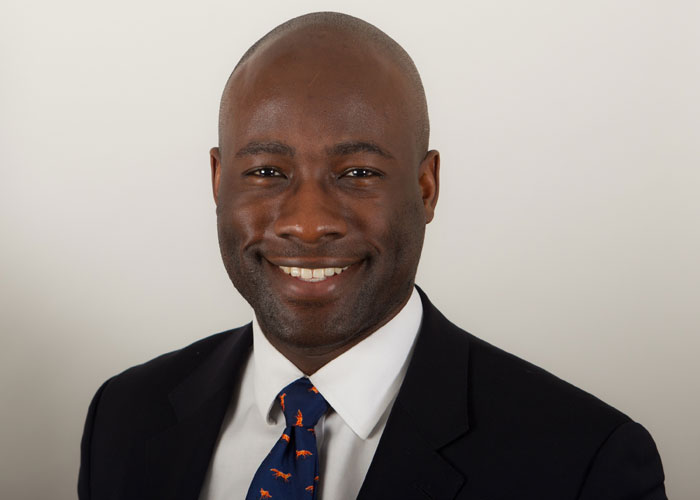 “It is likely to be an unusual case where an employee will wish to pursue a claim and seek a remedy against a fellow worker for a whistleblowing detriment amounting to dismissal, rather than pursuing the claim against the employer…” International Petroleum Ltd & Ors v Osipov & Ors (EAT/0058/17/DA) at [156]

…this was such a case.

In a wide-ranging judgment given by Mrs Justice Simler, the EAT confirmed that individuals can be liable for dismissal related damages in detriment claims brought pursuant to s.47B of the Employment Rights Act 1996 (ERA).

Background
Mr Osipov was the CEO of International Petroleum Ltd (IPL), his former employer, and his whistleblowing claim was against IPL and four individual Respondents. The Tribunal found that two of the individual Respondents, Mr Frank Timis and Mr Antony Sage were workers pursuant to s.230 ERA. They were both non-executive directors of IPL. Mr Timis was majority shareholder of IPL, and Mr Sage, exercised managerial functions. There was no challenge to the “worker” finding.

The Tribunal found that Mr Osipov had made several protected disclosures and had suffered detriments in respect of which IPL and Messrs Timis and Sage were jointly
and severally liable. This included being excluded from foreign trips, business dealings and ultimately instructions or advice to dismiss him. In particular, Mr Timis
had instructed Mr Sage to dismiss Mr Osipov and Mr Sage had implemented that instruction. The Tribunal found that this was on the grounds that the Claimant had made protected disclosures. The Tribunal also found that there had been automatic and unfair dismissal by IPL pursuant to ss.103A and 98 ERA.

The remedy against these two non-executive directors was of particular significance as IPL was practically insolvent. There was therefore a risk that without the individual liability of Messrs Timis and Sage, who were both wealthy individuals, the Claimant would be left with no effective remedy.

This decision was appealed on a large number of  grounds, however the most significant  ground was on this question of whether or not there could be joint and several liability in respect of Messrs Timis and Sage for losses which flowed from dismissal or dismissal-related detriment.

The EAT roundly rejected this.  The Respondents had sought to rely on the decision in Melia v. Magna Kansei Limited [2005] EWCA Civ 1547 to argue that damages arising out of or post-dating the dismissal could not be recovered in any detriment claim. In Melia, Chadwick LJ had, in the context of claims against employers, effectively held that claims under Part V and under Part X were mutually exclusive and that once the detriment amounted to dismissal, the only route was that provided under Part X. However, Melia was decided well before s.47B was amended (by the Enterprise & Regulatory Reform Act 2013) to enable claims to be made against co-workers. Unsurprisingly therefore, the scope of individual liability was not discussed in Melia.

The Respondents also sought to argue that the parliamentary intent in enacting this legislation was to make a complete distinction between the pre-dismissal detriment regime (s. 47B ERA, Part V) and the dismissal regime (s.103A ERA, Part X). As claims brought pursuant to s.103A ERA could only be brought against employers, this interpretation would prevent the Claimant from recovering compensation from Messrs Timis and Sage as the Claimant’s actual losses related to the dismissal.

However, this interpretation failed to acknowledge both the true purpose of the provision and the statutory language itself. The EAT stated that the purpose was to protect individuals from victimisation and in its amended form, s.47B ERA provided employees and workers with protection against the acts or omissions of fellow workers or agents. The EAT therefore concluded that the legislation should be construed “so far as it can properly be construed, to provide protection rather than deny it”: see Osipov at [153].

Simler J found that the Respondents’ submissions had not taken full account of the words in brackets at s.47B (2) (b) ERA. In relevant part, the section stated:
“This section does not apply where…the detriment in question amounts to dismissal  (within the meaning of [Part X])” underlining added.

Only claims against employers could come within Part X as the definition of dismissal encompasses an act done by the employer, in this case, IPL. Therefore, this provision had no exclusionary effect in respect of claims against individuals. Furthermore dismissal-related claims by “workers” can be pursued against individuals within Part V (as such claims cannot by definition ever be brought under Part X as these can only be brought by “employees”) and there was no reason why employees, such as Mr Osipov, should be in a different position to workers in losing the right to claim against fellow workers where the detriment is dismissal related.

The EAT also found that there was no principled reason for making workers personally liable for losses caused by detriments short of dismissal, but then relieving them of liability in respect of the most serious detriments, such as those likely to lead to dismissal.  It  held that to construe the legislation otherwise would create unjust results. For example, the approach suggested by the Respondents could leave claimants without a remedy if the claim was restricted to Part X. If dismissal resulted in part from a detriment done on the ground that a protected disclosure  had been made but did not cross the higher threshold test within Part X – namely “reason or principal reason”, the Claimant would lose his or her section 103A claim and would have no claim that could be pursued under section 47B.

The EAT also refused to accept that there was an “exclusion zone” which meant that dismissal related claims could only be pursued under Part X. The Respondents relied on Johnson v. Unisys [2003] 1 A.C. 518, but this was a very different case, which was concerned with whether the common law should be developed so as to allow for claims in parallel with the statutory unfair dismissal scheme. The House of Lords said it should not, but that did not assist in interpreting the statutory scheme under the ERA; there was no question of developing a common law right here.

The EAT addressed the decision in Royal Mail Group Limited v. Jhuti [2016] IRLR 854, which the Respondents had relied on as authoritatively determining the question as to whether the financial consequences of dismissal could form part of the remedy in a detriment claim.. However, the EAT  did not adopt the reasoning in Jhuti. Firstly, there had been no argument on this issue. Secondly, the judgment proceeded on a false assumption, namely that there was no financial remedy that could be pursued in any detriment case against individuals. This overlooked the provisions of section 48(5) ERA which confirmed that individuals could have an award of compensation made against them under section 49 ERA.

In light of these points the EAT confirmed that although it was correct that claims for detriment amounting to unfair dismissal (necessarily against employers) could only be brought under Part X, claims for detriment amounting to dismissal not within Part X continued to be capable of being brought against individuals under Part V, thus confirming the liability of Messrs Sage and Timis for losses which flowed from dismissal consequent on detriments to which they had subjected Mr Osipov.

The EAT recognized that this approach produced a different threshold test as between Parts V and X. Dismissal related detriment claims under Part V being decided by reference to the lower “on the ground” test and unfair dismissal under Part X being determined on the basis of “reason or principal reason” (a higher threshold for Claimants). However, this was something that had already been recognised by the Court of Appeal in Feccit and was the product of Parliament putting unfair dismissal claims against employers in the general run of dismissal claims under Part X.

Further Analysis
This decision will be considered a big victory for Claimants. It is believed to be the first case in which the EAT has held that individuals can be liable for dismissal related damages in claims brought under section 47B ERA. Claimants can therefore be more confident of bringing such claims against their co-workers.

Simler J, may be right that it is likely to be an “unusual case” where an employee will wish to pursue a claim and seek a remedy against a fellow worker for a whistleblowing detriment amounting to dismissal, rather than pursuing the claim against the employer. However, in cases such as this where the former employer is practically insolvent, or in claims brought against smaller and start-up businesses, there is a greater risk that the employer will not be in a position to pay the damages awarded at judgment. In these circumstances, a claim against the relevant worker(s) may provide Claimants with additional security that they will actually recover damages.

Bayo Randle has a broad practice in employment law.  He advises and appears on behalf of claimants and respondents in preliminary, one-day and multi-day Employment Tribunal hearings, as well as contractual disputes in the civil courts.  He is regularly instructed to draft pleadings and witness statements in employment matters.