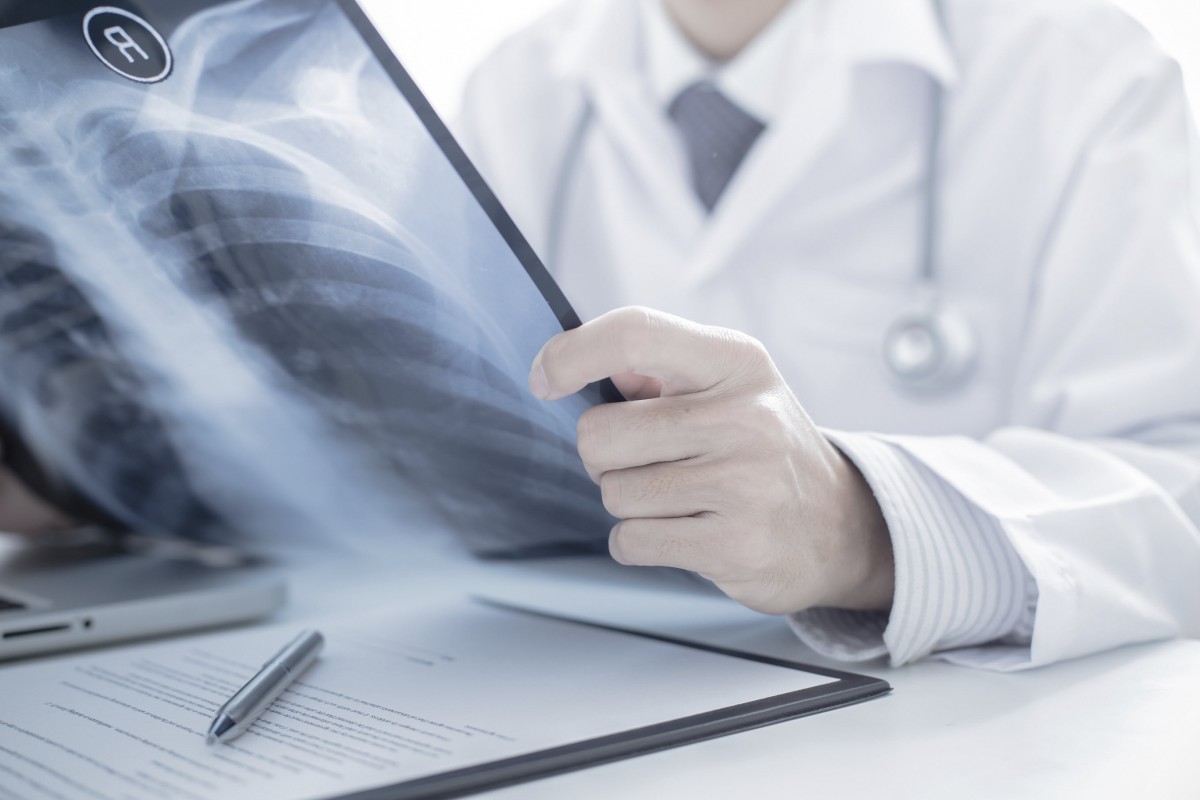 "Devereux's members are well regarded for their expertise in complex clinical negligence matters."

Members of the Devereux Personal Injury and Clinical Negligence Group regularly act in high-value and high-profile claims, with a long-established reputation for dealing with all types of accident and disease cases. Set out below are the details of some of the recent settlements reached by Robert Glancy QC, Stephen Killalea QC, Robert Weir QC, Colin Mendoza, Christopher Walker, Stephen Cottrell, Rob Hunter and Sam Way.

The settlements achieved by Devereux members help the injured parties and their families with access to ongoing care, support and accommodation, improving their quality of life.

Follow the Devereux Chambers LinkedIn and Twitter profiles to keep up to date with all Devereux personal injury and clinical negligence news.

Robert Glancy QC acted for a child claimant in AA v North Middlesex University Hospital NHS Trust. As a result of the Defendant’s admitted negligence, the Claimant sustained a mixed form of tetraplegic cerebral palsy which is primarily dystonic but with accompanying lower limb spasticity. There was a significant difference between the experts on life expectancy. He will require a 24-hour support package and needs ready access to a support worker during the night since he would be unable to deal with any emergencies. The Claimant would need specialised accommodation and a number of therapies including physiotherapy and speech and language therapy. The claim was eventually settled for a lump sum of £7,790,000 plus a Periodical Payments Order in four stages starting at £115,000 per annum and ending up at £170,000 per annum when the Claimant was 22 and £177,500 per annum after the age of 55. Robert Glancy QC was instructed by Linda Levison of Pattinson & Brewer

In S’riaah Parkes v Lewisham & Greenwich NHS Trust, Robert Glancy QC represented S’riaah Parkes, who suffered severe cerebral palsy because her mother had a significant bowel mass that was not observed or treated by the Defendant. This displaced the uterus so that the Claimant’s mother should have been referred to surgeons who would have advised that an elective caesarean section would be prudent. As a result of the failure to refer her, the Claimant was damaged at birth and her mother passed away a few hours after childbirth as a result of a cardiac arrest. Liability to compensate the Claimant in full was admitted by the Defendant after proceedings were issued. The Claimant had very limited mobility and her life expectancy was greatly reduced. She would need constant care for 24 hours per day and had to go to a specialist school. The case was settled for a very substantial lump sum and periodical payments for care and case management at very high figures. Robert Glancy QC was instructed by Richard Kayser of Irwin Mitchell

Stephen Killalea QC secured a settlement of a lump sum of £5.15 million and a stepped PPO of £77,500 rising to £165,000 after 10 years (capitalised value £15 million) for a 19 year old man who sustained a severe TBI in a RTA when aged 4. Judgment had been entered for full liability after a contested liability trial in 2012. A major issue was the continuing provision of care by his mother and extended family as opposed to commercial care input.

A seven figure settlement was achieved for a man in his seventies who sustained a traumatic brain injury when knocked from his bicycle. Settlement was achieved prior to the commencement of proceedings but on a full liability basis. The Court approved a settlement which had to factor in complicated issues relating to non-co-operation with therapy and care, possible marital separation and accommodation.

Rob Weir QC settled a claim brought by a client who was the trainee pilot in a glider with a pilot in command when the glider was depowered during its lift off and crashed to the ground. The claimant was rendered paraplegic. Her claim against the gliding club was settled very shortly before the liability trial on terms which are subject to a confidentiality agreement.  Rob was instructed by Damian Horan and Anna West of Aspire Law.

Rob Weir QC and Sam Way settled a claim, also on terms which are confidential, brought by a young child who suffered meningitis whilst on a cruise holiday in the Caribbean as a result of which she had to undergo amputations to both legs and the fingers of one hand. The claimant brought a claim in Florida and the defendant responded by seeking and obtaining a without notice anti-suit injunction in England. The whole claim was settled prior to the substantive hearing of the anti-suit injunction. Rob and Sam were instructed by Phil Banks of Irwin Mitchell.

Rob Weir QC settled a claim brought by a child, aged 6 at the time of the road accident, and now 12 years old who was rendered tetraparetic by her brain injury with chronic epilepsy, very limited communication and significant scoliosis. The claimant’s father had built a hydrotherapy pool in the garden and settlement allowed for full recovery of this facility. The claimant recovered £7.65m with a PPO of £328k p.a. for life. Rob was instructed by Francis Lacy-Scott of CL Medilaw.

Rob Weir QC acted for a client who developed T6 spinal cord injury ASIA D after delay in treating her condition. Liability against the NHS Trust was resolved on the basis of 60% recovery and recently quantum for £2.66m on full liability. Rob was instructed by Amy Heath of Stewartslaw.

Colin Mendoza settled a brain injury claim in the sum of £825,000 in which his client was a self-employed carpenter who fell from scaffolding at a domestic building site. The Defendant's main contractor who had overall control of the site was not present at the time of the accident and argued the client was entirely responsible for the accident or alternatively should face a very heavy deduction for contributory negligence, for the manner in which he had allegedly recklessly set about using the scaffolding provided. Colin was instructed by Greg Almond of Rotheras in Nottingham.

Colin Mendoza settled a claim on behalf of his client at a joint settlement meeting in the gross sum of £765,000, in full and final settlement of her claim for damages against a Defendant NHS Trust arising out of her ophthalmic medical treatment. The staff at the leading eye hospital had failed to measure the ocular pressure in her eyes appropriately with the result that she lost the sight in one eye that was already severely compromised prior to the negligence. Colin was instructed by Jon Wilson of Dawson Hart.

Colin Mendoza settled a claim brought by a client where it was contended the surgery involving the insertion and fixing of cervical mesh had been conducted negligently. Issues of legal and factual consent arose. The case settled at mediation on terms which are subject to a confidentiality agreement. Colin was instructed by Jacqueline Hardaway of Dawson Hart.

Colin Mendoza helped settle a claim for a motorcyclist who suffered serious leg injuries for £290,000 on a full liability assessment. The Claimant was 26 years of age at the time of the accident. Injuries included an intra-articular displaced fracture of the right distal tibia, a fracture of the right proximal fibula, bruising to the left arm and chemical burns to the scrotum and buttocks. The settlement allowed for good future orthotics provision. Colin was instructed by Gavin Marsh of Fletchers.

Christopher Walker reached a settlement in SS v Sabre. Liability was admitted in a road traffic accident. The claim was withdrawn amidst allegations of fundamental dishonesty in June 2021. Christopher was instructed by Bryn Hesketh and Michelle Ling of MOH Law LLP.

Stephen was led by Rob Weir QC in A v The Whittington Hospital NHS Trust, a complex fatal clinical negligence case following the death of a woman during the third trimester of pregnancy. She was known to suffer from sickle cell anaemia and she had suffered with a sickle cell crisis during a previous pregnancy. It was alleged that (a) she was given inadequate advice by her consultant haematologist and obstetrician as to the type of blood transfusion she ought to have during her subsequent pregnancy; and (b) the treatment that was provided when she was admitted to hospital with sickle cell pain late in her pregnancy. The case settled following a JSM in February 2021. Stephen had represented the family since an inquest in 2016. Rob and Stephen were instructed by Anna Vroobel of Irwin Mitchell.

In AB v XY, Stephen Cottrell, led by Stephen Killalea QC, secured a settlement of £12.5M plus provisional damages for a client who suffered a spinal injury with paraplegia and amputation of the left leg following a motorbike accident in September 2019. The claimant is the first amputee in the UK (and the second amputee in the world) to have made use of a ‘Rewalk’ exoskeleton that enables him to walk. The settlement incorporated a significant sum for the rebuilding of his family home where a swimming pool is being built for him. The claimant was a keen sportsman and had a successful career in the financial services sector. There were significant claims for disability sporting equipment, including skiing equipment. Settlement was achieved less than 20 months after the accident. Stephen Killalea QC and Stephen Cottrell were instructed by Francis Lacy-Scott, Victoria Hubbert and Matthew Heap of CL Medilaw.

In Hallibone v McKenna, Stephen reached a settlement for a very unusual claim for personal injuries and a fatal accident following a road traffic accident. The Defendant raised a defence of automatism. The First Claimant was a back seat passenger and a claim was also made in respect of the death of a front-seat passenger. The parties were all members of the same extended family. It was agreed that the Defendant had passed out while driving. The medical evidence as to the cause of the loss of consciousness was unclear but it was likely to have been an absence seizure. The Defendant had not been diagnosed with a seizure disorder. There were significant factual disputes as to whether the Defendant had referred to having had ‘one of my funny do’s’ immediately following the accident and whether her sister (not a passenger but the second claimant) had told her about a previous incident when the defendant appeared to ‘go blank’. A trial took place before Her Honour Judge Richardson in Hull but was adjourned part heard. Before the trial could resume, the Defendant made an offer and the case settled following negotiations for more than £124,000 plus costs. Instructed by Leah Heckles and Kathryn Hudson of Bridge McFarland, Grimsby.

G V SM was a very unusual case in which the Claimant suffered a catastrophic injury to the stomach after she was punched by an elderly dementia patient while working as a healthcare assistant. She developed gastroparesis which meant that her stomach was paralysed and she was unable to digest food. She was fed through a line by way of total parenteral nutrition (TPN) so that she was constantly attached to a feeding bag. The case was complicated by the opinion of the experts that the gastroparesis was functional – i.e. non-organic so that there was a strong psychiatric element. Liability, causation of the incident, medical causation and quantum were all in dispute. There were very substantial claims for care, loss of earnings and accommodation. The case settled following two round table meetings for £750,000. Stephen was led by Stephen Killalea QC but conducted the negotiations alone. Instructed by Nicholas Hagi-Savva and Jennifer Bonano of Slater & Gordon (London).

Rob Hunter negotiated settlement for bereaved relatives in two very high value fatal accident claims, one for the family of a high profile lawyer and the other involving employee stock options provided to the deceased by a technology start-up. Both cases settled for £1.5m at round table meetings.