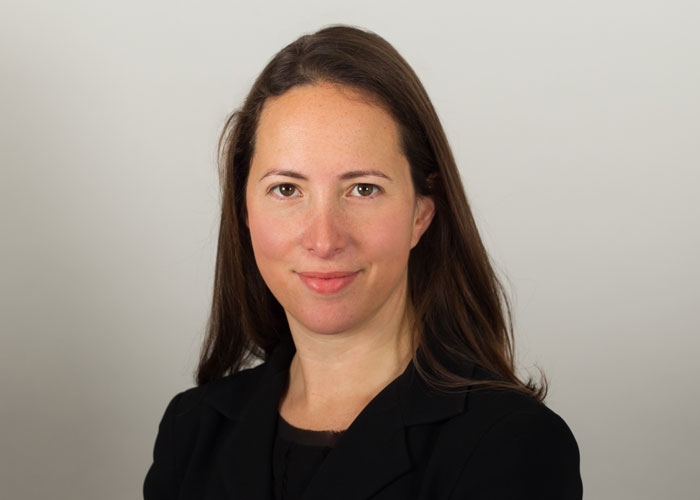 The Court of Appeal handed down judgment last week in Nailard v Unite the Union [2018] EWCA Civ 1203, an important case which considered whether (1) elected branch officials could be ‘agents’ of a trade union for the purposes of establishing liability under the Equality Act 2010 and (2) employed union officials could be liable for failing to prevent discrimination by third party branch officials. Whilst the first point is primarily (but not exclusively) of interest to trade unions and similar organisations, the second point has much more general application in cases where issues of employers’ liability for third party acts of harassment are raised.

The Claimant was employed by Unite the Union (‘Unite’) as a regional officer in respect of Heathrow Airports Ltd (‘HAL’). She was subject to bullying and harassment by two elected branch (‘lay’) officials, who were employed by HAL. The Claimant presented a grievance to Unite about the conduct of the lay officials and Unite offered to transfer her away from Heathrow. The Claimant protested about this and resigned. She brought claims of direct sex discrimination and harassment related to sex, amongst others. She argued Unite were vicariously liable as employers or alternatively principals in respect of the acts of the lay officials and as employers for the acts of the employed officials.

For the purposes of the Equality Act (‘EqA’) 2010, anything done by an individual as agent for a principal, with their authority, is treated as having also been done by the principal (s.109(1)), regardless of whether the acts were done with the principal’s knowledge or approval (s.109(3)).

The Employment Tribunal (‘ET’) found that the lay officials were both employees and agents of Unite. On appeal, the EAT held that the ET had erred in finding that the lay officials were employees but upheld the finding that Unite was liable for them as agents. The EAT’s reasoning was that following the decision in Kemeh v Ministry of Defence [2014] EWCA Civ 91, it was clear that a principal would be liable wherever an agent discriminates in the course of carrying out the functions they are authorised to do, whether specifically authorised or not. The EAT concluded that the ET had been entitled to find that the acts of the lay officials were to be treated as acts of Unite because they were done in the course of the performance of their functions as prescribed by Unite’s rules.

At the Court of Appeal, Unite argued it was insufficient that the acts of the lay officials were done in the course of functions which they were authorised by Unite to perform. It argued that the acts in question had to be acts towards third parties in relation to whom the agent was able to affect the Union’s legal relations, as it was only in relation to such acts they could be said to be acting with the authority of the principal. The ET and EAT, it was argued, had ignored the fact that the Claimant was not a third party but rather a union representative to whom the lay officials required no authority to act. The lay officials could not affect the legal relations as between the Union and the Claimant and therefore, it was suggested, the Union could not be liable for the acts of those officials towards the Claimant, its employee.

Lord Justice Underhill, giving the only judgment, rejected this argument. He agreed with the Claimant that it was enough that the lay officials did the acts in question in the course of performing their roles as union representatives in relation to its members and third parties, even if the discriminatory acts were done towards someone who was not themselves a relevant third party. The test in Kemeh equated the circumstances in which a principal may be liable for the acts of an agent with the course of employment” test governing employer-employee liability. While it might extend the scope of liability beyond common law, there was no reason why Parliament should not have chosen to effect such an extension in discrimination cases. Consequently, there was no justification to limit liability in the way proposed by Unite.

Further, that result made no sense in policy terms: the distinction between third parties and employees would plainly have no application in the case of employer-employee liability; it would be surprising and unsatisfactory if the position were different where the discriminator was acting on behalf of the organisation but under some different arrangement. Ultimately, the conduct complained of would still be done by the agent in the course of the principal’s business.

The Court of Appeal undoubtedly came to the correct conclusion on this issue: the logical extension of Unite’s argument is that a union would not be liable if its lay officials discriminated against its members they may be representing. However, a union would certainly be liable for such conduct under s.57 EqA if the lay officials had been its employees. Parliament cannot have intended such a different result, particularly as most trade union members deal primarily with lay officials, rather than employed officials.

The Court of Appeal went on to consider whether the union officials’ failure to prevent harassment by lay officials was actionable by reviewing the legal basis for third party liability under both s.13 and s.26 EqA.  In summary, Lord Justice Underhill concluded that s.26 does not cover liability for third party harassment and that the union officials could only be liable if their actions and omissions were themselves motivated by the claimant’s sex.

Under s.13 the starting position is that an act of direct discrimination must be “because of” the proscribed factor.  Lord Justice Underhill noted that the case of Conteh v Parking Partners Ltd [2011] ICR 341 continues to apply to s.13 such that an employer will be liable if the proscribed factor forms part of the motivation for their inaction.  While Lord Justice Underhill acknowledged that there are some cases where the discriminatory ground is inherent in the conduct itself such that it is unnecessary to consider the mental process of the alleged discriminator, this was not such a case.

In contrast to s.13, s.26 requires unwanted conduct to be “related to” a relevant protected characteristic.  The language of “related to” was substituted for “on the ground of” in response to the decision in EOC v Secretary of State for Trade & Industry [2007] EWHC 483 (Admin) in which Burton J concluded that s.4A of the Sex Discrimination Act 1975, which prohibited unwanted conduct “on the ground of” sex failed to conform to the requirements of the Equal Treatment Directive. In particular, Burton J accepted that the Directive’s formulation of “related to” prohibited not only harassment “caused by” the claimant’s sex but also harassment “associated with it” (e.g. Brumfitt v Ministry of Defence [2005] IRLR 4 where an officer had used language peculiarly offensive to women in front of both male and female staff).  The question for the Court of Appeal was whether the change to the legislation following EOC was intended to also change the position on liability for third party harassment.

Lord Justice Underhill departed from what appeared to be Burton J’s view in EOC that the use of the formula “related to” opened the door to third party liability.  Instead, he preferred to limit the “associative” effect of the phrase “related to” to cases where the discriminatory conduct is the employer’s own rather than where discriminatory conduct is perpetrated by a third party noting at [98]:

“There are clearly good policy arguments for imposing liability in such a case, but negligent failure to prevent another’s discriminatory acts is a very different kind of animal from liability for one’s own: it requires careful definition, and I would expect it to be covered by explicit provision”.

Lord Justice Underhill considered it highly significant that when the Government did introduce provision for third party liability it was done explicitly, including under s.40(2)-(4) EqA, now repealed. That is hard to reconcile with third party liability being provided for separately and in any event, within s.26.  In the wake of recent events, the calls for protection from third party harassment, provided for by express provision between 2008 and 2013 and acknowledged as desirable by the courts, grow ever louder.

As a final note, while employees may not at present be entitled to protection by their employers from third party harassment per se, there may be cases where acts of continuing harassment by third parties are so egregious that a tribunal could properly conclude that the employer’s inaction was indicative of a shared motivation with the perpetrators. There is nothing in the decision of the Court of Appeal which precludes such a claim but in each case careful attention will need to be given to the mental processes of the decision makers.